What are you looking For?

A number of scenes in the newly-released blockbuster, Fast & Furious: Hobbs & Shaw, starring Jason Statham and Dwayne Johnson, were filmed at the venue with its 12,000sqm pillar-free hall easily able to accommodate high-octane action shots.

Located on a private and secure site, and in close proximity to major studios including Shepperton and Pinewood, the corporate event venue has become a proven option for location managers.

The Exhibition and Conference Centre is on the site of the legendary Farnborough International Airshow. It includes two separate venues: Hall 1 which opened in 2018 and - in addition to its 12,000sqm, ten meter high hall – has a number of other spaces of varying size; and Hall 5 which is entirely self-contained and includes a 3,150sqm clear span space.

Other major film shoots hosted in recent months include Jurassic World; TV dramas and music videos; photo shoots, adverts, and even singer Jessie J used the spaces for rehearsal ahead of her tour. 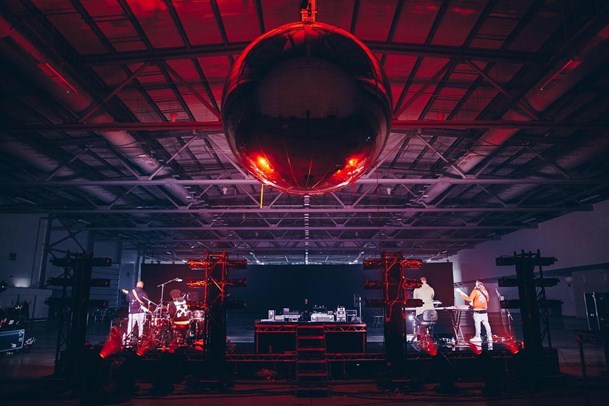 Michael Watton, Farnborough International Exhibition and Conference Centre Venue Director, says: “Working with the film and photographic industries has proven an unexpected but very welcome diversification of our business.

“We’re lucky to have a serious amount of space – a trade exhibition required a helicopter as part of a display! Recently, a 16-tonne flatbed was used to undertake a handbrake turn as part of a stunt, which was an impressive and very different use of the space.”

“We designed both Halls to host corporate events of all size including major exhibitions. It’s been extraordinary seeing a space that is usually filled with exhibition stands appearing in the background of scenes from blockbusters films.”

The venue is located on a large but relatively empty site which has power and water facilities to accommodate a unit base. Ancillary areas include access to toilets, service road, kitchens and exterior car parks. Proximity to other studios reduces accommodation costs and for productions such as Hobbs & Shaw, the fully secure and private site is a huge attraction.

The Farnborough International Airshow is one of the world’s biggest biennial trade shows with the next one taking place in July 2020.

Regarded as the home of pioneering spirit, Farnborough is legendary for being the birthplace of aviation, it is where the first ever powered flight took place in 1908. Since then, it has become synonymous with innovation; from the jet engine, the designs for Concorde, high altitude space suits, night vision aids, carbon fiber, even head-up cockpit displays; it has all happened in Farnborough, and now it is gaining a reputation as a major filming location.

A statement on the passing of HM Queen Elizabeth II

Complete the form below to get your copy

By ticking this box you are opting in to receiving email communications from us.